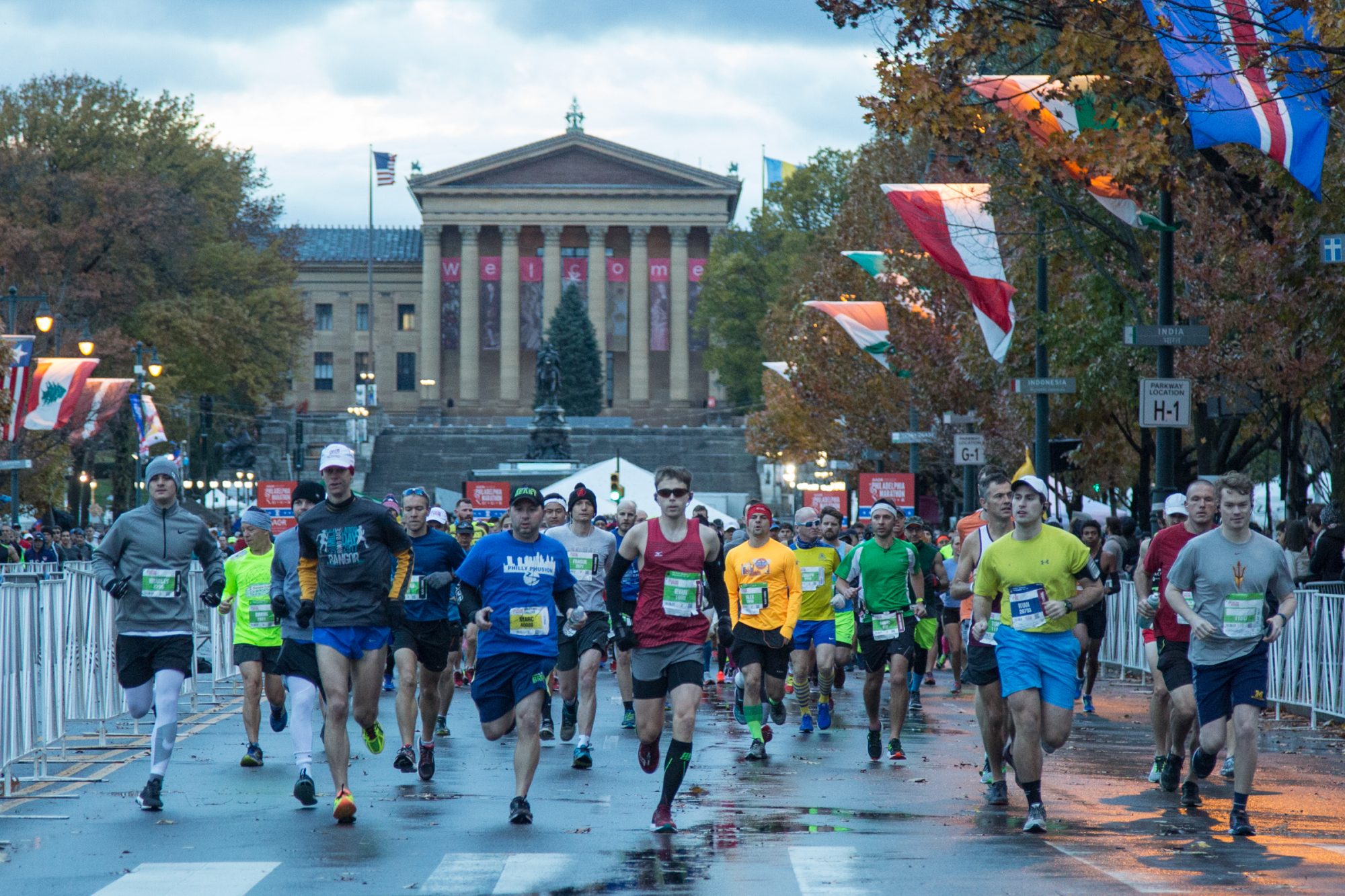 The full list of Sunday road closures is below:

As part of increased security for the AACR Philadelphia Marathon, the City of Philadelphia’s no-parking regulations will be strictly enforced. All vehicles on the circuit will be relocated from Sunday 20th November at 2am.

I-76 exit at Spring Garden (eastbound)

Southbound exit off I-95 at Washington Avenue

East Memorial Hall Drive, from the South Concourse to Avenue of the Republic

Avenue of the Republic, from East Memorial Hall Drive to the Catholic Fountain

Local access for residents and businesses will be maintained at traffic checkpoints controlled by the Philadelphia Police Department.

Motorists, cyclists and pedestrians should expect delays when attempting to cross roads or streets along the circuit. The police will allow traffic through intersections whenever possible, depending on the number of racers. All roads (with the exception of Eakins Oval) are scheduled to reopen no later than