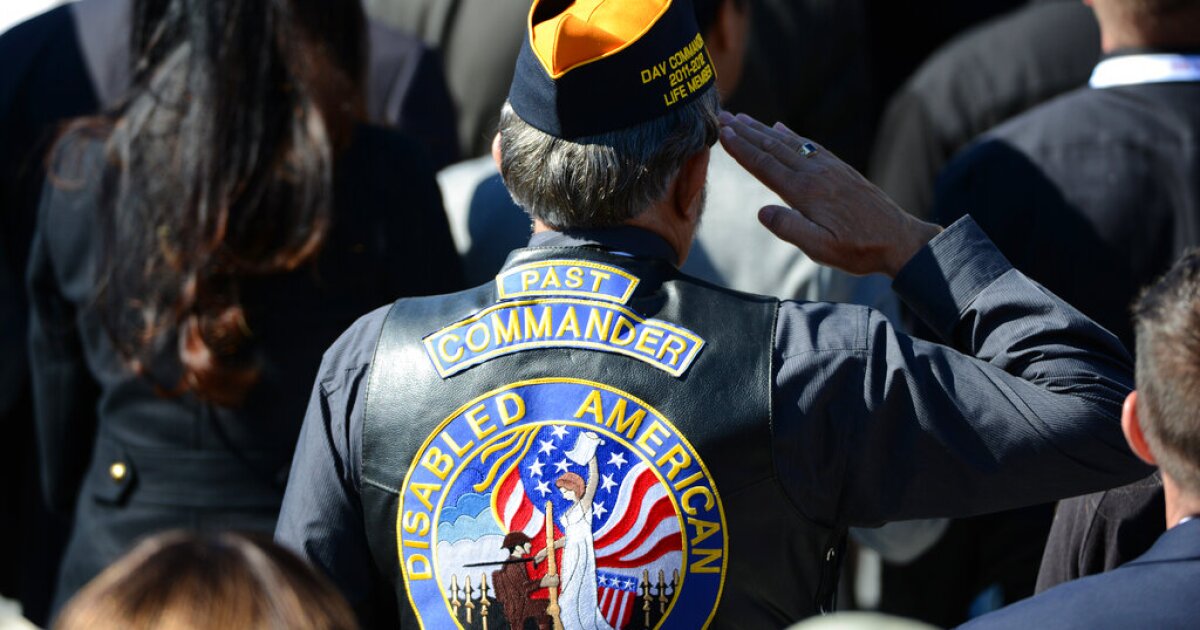 (The Center Square) – Pennsylvania has the largest portion of a million veterans living in the Commonwealth, but support for them may be lacking.

“I don’t like that veterans have to take care of veterans,” said Rep. Joe Webster, D-Collegeville, noting a lack of centralized support. “Our nation should take care of these veterans. It shouldn’t fall on a 501(c)(3) or a group of people simply helping a veteran on the street… Our nation demands full measure – we don’t care about them if they’ve sacrificed more than the average citizen .”

Webster, himself an Air Force veteran, is the host a panel discussion on Veterans in Crisis to address suicide prevention and mental health support in its Montgomery County district in late November.

“Veterans continue to have difficulty accessing their well-deserved benefits and often struggle to return to civilian life,” his office said in a press release. “To talk about current veteran support systems, where the gaps are, and how we can fill the gaps, I will join both experts and veterans in this important discussion.”

The Commonwealth has about 800,000 veterans, the fourth largest population in the country, corresponding the Pennsylvania Department of Human Services. The veteran population is older – 76% are over 55 years old.

Webster mentioned various veterans-related bills floating around in the General Assembly, but he hopes to “see who’s getting out of the wood and what we can learn” by hosting events like the panel. Other legislatures across the state are also holding veterans’ breakfasts to make these connections.

Younger veterans tend to be less connected compared to older Vietnam War-era veterans, he noted. Pennsylvania’s decentralized culture at the governmental level, or the built environment of a dense city or sprawling suburb, also impacts these community connections.

The military is also less focused on facilitating the transition back to civilian life.

When a young soldier serves a few years and then gets discharged from the military, “you don’t get a lot of mentoring about what to do next or where to go,” Webster said. “In fact, you might get… a lecture on why you should re-register.”

So the average volunteer is less connected to services or other veterans.

Without formal programs, legislators are reactive rather than proactive.

“We’re certainly responding to the fire, aren’t we?” Webster said. “If one or two people have a problem, a bill is written and it’s usually very specific to that particular problem. But I think that’s just Pennsylvania right now.”

Recent federal legislation has made some improvements to major issues and expanded funding for veterans’ benefits, along with eligible medical conditions, such as The Center Square previously reported. But suicide remains a problem, along with homelessness, and the complexities of these problems tend to be more difficult to solve at the federal level.

However, Webster thinks that connecting more veterans together, along with more services, could help.

“The missing piece…that’s the preventive medication,” he said. “If we trained soldiers and sailors and airmen when they leave the service and if we gave them proper psychological services, we would probably save a lot of money and save a whole lot of veterans’ lives.”