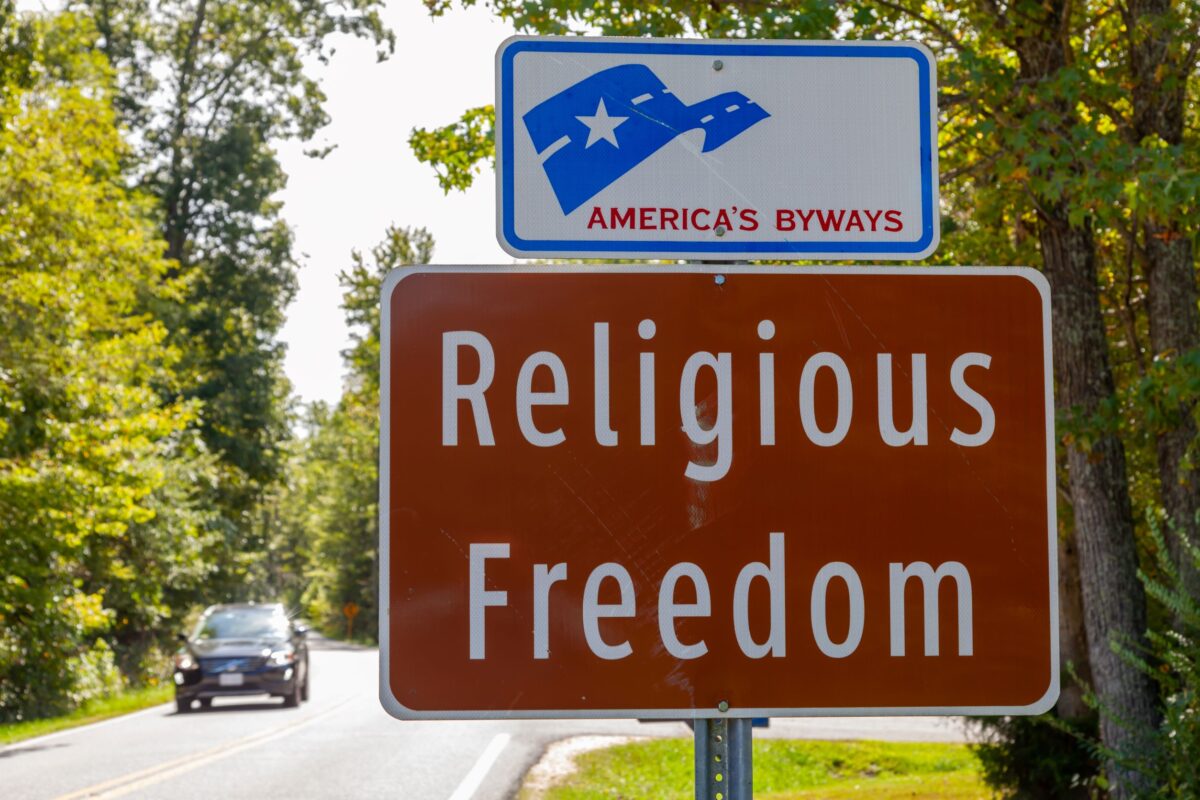 The life of Casimira Kaupas, a 19th-century Lithuanian immigrant (later known as Mother Maria), is a story made possible by the freedom of religion found in America. Her history of ministry is based on a strong belief in God and a desire to alleviate the suffering of others.

From religious oppression to freedom of religion

Casimira Kaupas was born in 1880 in Ramygala, Lithuania. Raised Catholic in a historically Catholic country, she, her family and her people were not allowed to freely practice their religion as Lithuania was under Russian rule for almost a century.

All this time the Russian tsars tried to impose Russian orthodoxy on this stubborn people. Religious repression did not go so far as to forcibly convert Lithuanians, but the tsars took as many other steps as possible: meddling in the leadership of the Catholic Church in Lithuania, legal repression of Catholics in civil matters, and even attempts to eradicate Lithuanian culture and Language.

In the late 1800s, a wave of immigrants from Lithuania came to the United States seeking opportunity and freedom of religion; Many settled in Pennsylvania’s southern coal region to work in the local coal mines.

Casimira’s brother Anthony had become a priest and emigrated to America to minister to the Lithuanian immigrant population. Rev. Kaupas was assigned to the Lithuanian parish of St. Joseph in Scranton, Pennsylvania, and Casimira arrived in 1897 at the age of 17 to serve as her brother’s housekeeper.

A life of service

Upon arriving in Scranton, Casimira noticed several things. One was the plight of the many Lithuanian immigrants who worked as miners. Miners at that time worked in incredibly dark and dangerous places. Death in the deep coal mines often left families without support or orphaned children.

She was also observing for the first time women devoting their lives to serving as religious sisters and found that this was what she wanted herself.

Casimira’s life would eventually weave all of these observations together. At first she just wanted to be a contemplative nun, one who lives, works and prays in a remote convent and never leaves.

But gradually, under the guidance of her brother and other priests, she began to see that her call to religious life was also a call to alleviate the suffering and ignorance of Lithuanian immigrants and, moreover, to teach them the faith she loved so much in the context of Lithuanian culture and language, which she appreciated.

In 1907 she founded her order, the Congregation of the Sisters of St. Casimir (named after the patron saint of Lithuania), and was given the name Mother Mary. After founding a small school in the mining town of Mount Carmel, Pennsylvania, word spread quickly and the nuns were soon in demand as teachers in Lithuanian parochial schools across the United States.

Mary believed that the presence of God was everywhere and that she was destined to do good. She said, “Empowered by good intentions, wherever you are and whatever you do, always remember: God is here!”

In her own homeland she almost certainly would not have been able to join a religious order, let alone found one. Certainly she should not have publicly testified to her faith by doing good works like education as a Catholic nun. After all, she would have been banned from celebrating the culture or beliefs of the Lithuanian students she taught.

From this perspective, Mother Mary’s remarkable career was made possible by freedom of religion.

Moreover, freedom of religion enabled them not only to do good works but also to be generous; looking for additional good works to perform. Each request she received expanded the opportunity for service. When asked by Cardinal George Mundelein, Archbishop of Chicago, to take charge of Holy Cross Hospital, Maria responded by training her sisters to now become administrators and nurses.

Diagnosed with breast cancer in 1933, Maria lived another painful seven years, continuing to oversee her order and happily enduring adversity.

After her death in 1940, an autopsy revealed a startling fact; The cancer had spread to her bones and created a quarter-sized hole through her skull. The doctors were amazed that one could live with something like that without complaint. Maria never complained and took it easy as she had with everything else.

Known for her humility and patience, Maria’s flagship virtue as an American seems to be magnanimity, given way by the freedom of religion she found in her adopted homeland. In Lithuania under the Russian tsars or under the Russian communists such greatness would have been hampered practically at every turn.

She truly lived one of her mottos: “Always more, always better, always with love.” At its best, religious freedom allows love to do more and do better.